Well, 2021 is off to an interesting start. On Jan 4th I badly hyper extended my elbow. I gave it a few days to see how it was doing, but started to think it might be broken???? However, I had to hold off on going to the doctors. Why? Well, I got Covid. Fortunately it was not a very bad case. That said, almost three weeks after the first Covid symptoms appeared, I still have ZERO taste or smell.

Once out of quarantine I was able to see the doctor about my elbow. X-Ray showed no break. That is good, but almost a month later it still hurts in some situations. The Dr. said to come back in 2-3 weeks if it’s still causing some problems. I have a feeling it will be.

Just as I was again feeling almost 100% post-Covid (aside from no taste/smell), and ready to do some mellow skating again (with an elbow pad on bad arm), the weather took a turn for the worst. We are in the middle of a bad cold snap right now. It is currently 10 degrees outside. Wind-chill is well below zero. The cold is supposed to end in two days, to be immediately followed by a large snowstorm. By the time I am back on the board it will be over a month since I last skated (and will probably still have the elbow injury when I start rolling again). That sucks.

Posted by sedition at 8:32 AM No comments:

Often people who cling to sentimental notions of the past do not realize how much their set-up is actually holding them back (especially when deck/truck/wheel ratios are WAY off). This is not only true for those wrapped up in nostalgia, but those who may not be aware about the so-called "proper" ratios of a modern skateboard. I say it all the time, but equipment evolved FOR A REASON. Below is a post someone made on Facebook after they had serious equipment epiphany. I am not, by any means, saying there is a "correct" way to set-up your skateboard. There simply isn't. That said, there are consequences to the way your board is configured. Some may not be fully aware of those consequences. Thus, I am ONLY trying to share information, which may make for happier skateboarding.

It was miserable. I went skating every day this week. Each time, instead of feeling better afterwards like skating always does to me, I felt increasingly depressed. When I got home from the park yesterday, I was pretty much disgusted with myself. I made a sandwich, cracked open a beer, put on some sweats, and sat in my recliner, moping over the fact that I am a washed-up has-been, and generally being whiney. I was blaming it on my weight, my age, my joints, etc.

Then as I was watching a show on TV, something was mentioned about fulcrums, levers, and pivot points, and, my brain exploded...my board is too tall.

I am constantly analyzing, engineering, and tweaking things to make them work better in pretty much all aspects of my life. In skating, I am always trying new equipment and changing combinations, to find that optimum configuration.* A lot of times it is just me doing retail therapy to compensate for sucking, but sometimes I find something useful.

I love innovation, but sometimes I get stuck in the Old Man mindset where I have false assumptions that everything from “my time” was better. I realized that while I have a modern board, my configuration was completely stuck in the 1980s; my wheels, trucks, and boards...all huge.

There was a logic behind it: Tall wheels go faster and are easier to get over coping, sidewalk cracks, rocks, and other obstacles. Wider wheels have more surface area. Wider trucks and boards offer a more stable platform and turn easier. But there is a tradeoff. All of that big tall Monster Truck mentality has side effects. Besides the instability just rolling, I was having muscle injuries in my pushing leg, because I couldn't get that foot to make solid contact with the ground. I was hitting every push with the toes, and that was causing a chain reaction strain from my Achilles to my thigh.

So, today I went to my local skate shop, and bought a new set of wheels; the smallest wheels I have ever owned. I drove to the skate park, broke out the tools, and stripped my board down. I took my riser pads off, and switched my wheels from 60mm to 54mm.

I hopped on my board to take a test run, and it was literally night and day. I instantly felt completely stable and in complete control of my board. Instead of constantly feeling like I was falling off, I felt like it was glued to my feet. I was instantly going 2x faster, doing ollies, grinding, and generally just playing catch-up for the last two months.

The Lesson: I was completely stuck buying top of the line stuff, but always top of the line Retro Reissue stuff. I kept subconsciously equating anything “smaller wheels” with the early 90s "bearing cover" wheels. I knew there was a difference those and modern “small” wheels (e.g. under 60mm), but I just couldn't get it through my head that I can still skate AND use modern equipment, let alone that I would actually be able to skate better. So, don't let yourself get stuck in a rut because you have "always done it this way." You might only be diminishing your own ability.”

*Be careful falling too far down this rabbit hole. Yes, an 8.75” deck with Indy 159s and 56mm wheels is going to ride VERY different than an 8.0” deck with titanium Thunder 147s and 50mm wheels. Getting into extremely minor equipment tweaks (e.g. 52mm vs. 53mm tall trucks) will often lead you to an OCD-induced madness without any real substantive performance benefits. 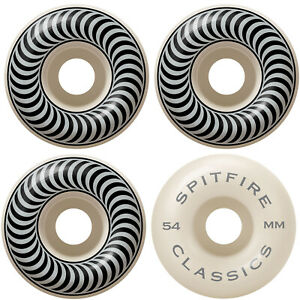