Dylan Rieder died today. He was 28. Cancer. The news is all over Time, Rolling Stone, People, etc. Ozzy Osbourne even tweeted about. Pro skateboarder, and model.

Commenting on the dead is always an odd situation because, in reality, you are commenting for the living.

I was out skating tonight with some friends. My knee started giving me some problems. I became a bit depressed about this; at the old age of 42, I simply can not skate as much, or as hard, I used to. Despite that, no matter how broke-down the level is, I can go skating tomorrow. Dylan can not. Never take what you have for granted. We are all going to die. Enjoy what is here, now, before it is gone. 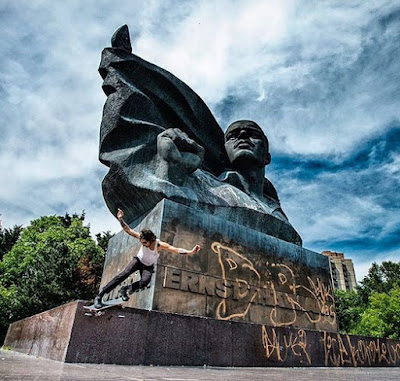 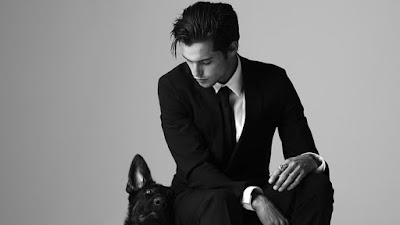 By now everyone knows Brian Anderson came out of the closet. Considering previous subject material covered in this blog (here and here), NOT including comment on BA would seem a deafening silence.

But what to write about? Anyone following media has seen the tremendous support BA received. They have seen Brian, and many others, express why it is so important that this finally happened. I have no substantive additions.

Write about what it means to me, personally? Well, actually, it means very little to me. I mean, yeah, it’s rad to see it happen, but I have been “out” for over 20 years. I am comfortable in my own skin. I don’t need a skate “role model” to help feel more at-ease with myself. If I were a closeted skater in middle of nowhere, sure, it would be huge. But that is not the world I live in, thankfully.

Write about what took so damn long for (another*) pro to come out? It’s a moot point, IMHO.  While that question may merit some substantive discussion, I don’t really want to dwell on past social conditions and hypothetical “what-ifs.” I’d rather just focus on the now.  I’d rather just focus on how Skateboarding responded once someone did come out. And holy fuck, did skateboarding ever respond. Nothing could have prepared me for what followed.  The explosive support has far, far, far exceeded the support ever seen in any other “sport” community (once someone came out). It really is unparalleled.  So, way to go with that one, Skateboarding. You fucking killed it. It might have taken you awhile, you might have been late to the game this one time, but once it did happen, holy hell, your response was better than anything ever witnessed, and you blew the rest of the fucking world out of the water (just like you usually do).  Well done. 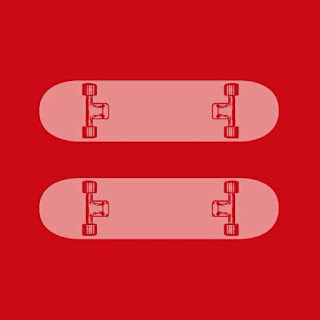 But, I suppose that is just it. If anything, the aspect of the entire BA story that has the most meaning, is how Skateboarding responded to BA, and how in the process, skateboarding again affirmed itself as one of the best things in the world. Skateboarding has long been a cesspool for turbo-freaks (I mean that in a positive way). Yet, there had not been overt affirmation that the LBGT crowd was included in that cesspool. Now, there is (although, many of us knew that to already be true on local levels, BA included). Yeah, sure, there will always be a few turbo-clowns who can’t deal with “different” people, but fuck them. They are clearly a minority, and a dying breed. Out of the entire BA saga, what moved me the most, and what resounded the deepest, was the dignity that Skateboarding showed once the news broke. There were hundreds and thousands of comments on all forms of social media that were not just affirmations of BA, but affirmations of Skateboarding (e.g. that skaters are all family, that inclusion is WHAT skateboarding is about, anyone is welcome, etc.). That, THAT, is so much more profound than just giving BA props, and it goes so much deeper than just any one person. BA’s coming out didn’t make me feel more proud, or more secure, or more validated about being some random gay dude. Seeing the response to BA's announcement, however, made me all the more proud to be a skateboarder. I actually look forward to the day that skateboarding is “over the rainbow,” and things like this aren’t newsworthy, and they don’t merit any of my time to write about it. I’d much rather spend the time discussing the metaphysical impact that a good slappy session can have on one's soul. I mean, who wants to get into the mess of identity politics when we could be talking serious curb philosophy/enlightenment? I certainly know where my allegiances lie.

POST-SCRIPT: Anyone that knows me personally, has read enough of this blog, is friends with me on Facebook, or follows me on Instagram (Lone.Sentry) knows that I am a huge Anti-Hero fan. Maybe I’ll get into the exact reasons for that in some future blog entry. As of writing this post, it appears that BA is about end up as the next pro for AH. Signing a 40-year-old dude, and putting out a deck for the first openly gay, pro skater, who is certainly past his prime? No question—That is one for the history books. That deck, for certain, is going up on my wall. Anti-Hero, you continue to amaze me, and affirm everything that I think is horrible about the world, and rad about skateboarding. Well played. Well played.

*Jarret Berry and Tim von Werne were way ahead of their time.

POST-POST SCRIPT: Jenkem Mag just did a great interview with Jarret Berry, as can be seen here. There is a great quote at the end of his interview that I would also like to end on.

"The internet has been blowing up after Brian’s interview, and everybody is saying shit – there’s been a lot of gay shit coming out in the past few weeks. (Can I say that?) Now this interview is going to come out and people are going to be like, “Fuck, still? Why don’t you let this gay shit rest?” I get it, let’s get back to watching Guy Mariano or Brian Anderson footage. Let’s get back to skating. But the thing is, this is skating. People say politics don’t belong in skateboarding, but we became political a long time ago just by riding a skateboard. They said don’t go here, don’t skate that. They called us fags. They always put skateboarders down. But we were rebels because we didn’t follow their rules, we were going to go be ourselves and fuck what the world thinks. Skateboarders have always brought up social issues. So this has everything to do with skateboarding — we’ve been freaks forever."
Posted by sedition at 1:19 AM 6 comments: