[A topologist studies properties of objects that are preserved when moved, bent, stretched or twisted, without cutting or gluing parts together.]

My elderly parents are moving. Today I went to help them pack. I’ve had stuff in storage at their place since I was 19-years-old. I now have to get rid of most it, including these three toys. 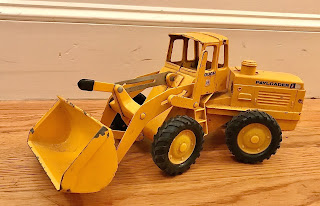 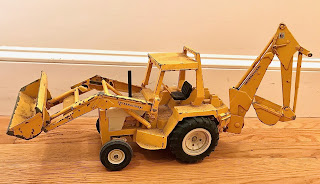 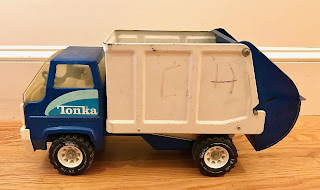 I played with these countless hours as a kid. They are among the last tangible, direct, links I have to my childhood. Letting them go is sad. It feels like extinguishing a dim, but long burning ember that still kept part of my (childhood) soul alive. As long as I kept these toys, that part of my spirit would endure. Without them, my distant youth atrophies, fades, and disappears forever.

But let’s get real.

What purpose have these old metal toys really served? They have sat, mostly forgotten, in a dusty corner of the attic for decades. Every few years I would inadvertently unearth them, smile, and then cast them back to shadow of almost forgotten memory, until the exact same process repeated itself again.

I commented to my mom this afternoon that, “It’s sad to let favorite childhood toys go.”

Her statement shocked me. Incredulously I asked, “They weren’t? Then what was?”

Her voice lowered, almost to inaudible whisper. She spoke with a quiet, but calculated and compassionate demeanor that was both full of conviction and truth. I stood, entranced by her words and tone.

“Oh, you still play with it. All the time. In that respect, your childhood has never really ended. That is a gift. A gift very few ever know. Cherish it.” And then she pointed.

My eye followed her old, shaking, crooked, arthritic finger as it motioned to the corner. When I saw what she was point to, a tear of joy, empathy, and understanding started to roll down my cheek. 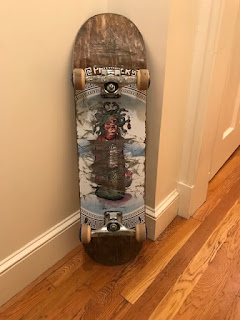 Later in the day I dropped my old toys off at a Goodwill bin, in hopes that they would eventually find another soul to ignite. I stood there for a while, as if at a gravesite, and said my final goodbyes to a greater symbolism. I remembered there was a curb not far away. A curb I had skated for countless hours as a kid. A breeze came up behind me, and the glow of dying embers rekindled into a brilliant light. 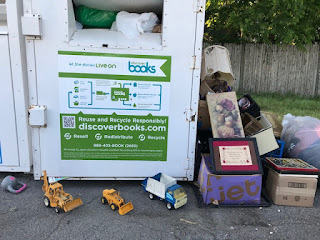 EDIT: I drove by this donation site after my curb session. They toys were gone. Someone had taken them to a new home.